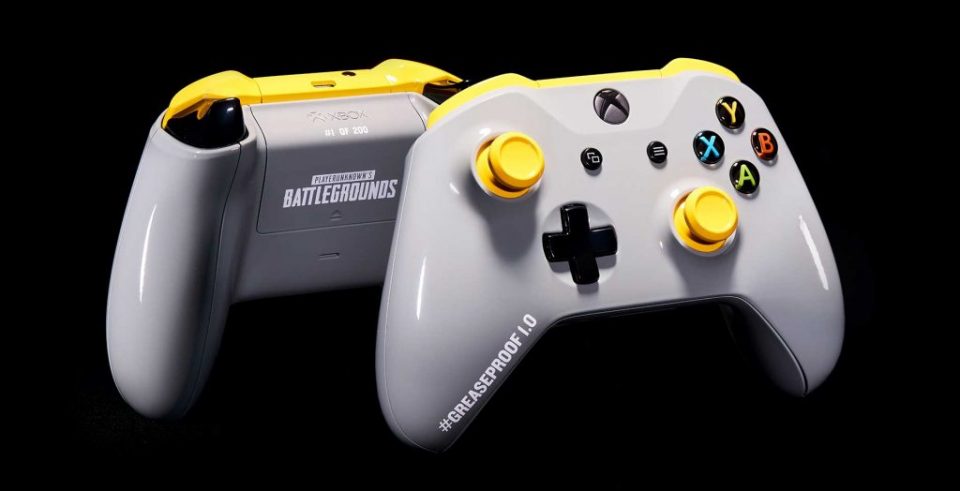 Hardcore gamers and newbies alike might be pleased to know that they can now play their favorite video games while enjoying their favorite snacks at the same time.

Xbox Australia recently teamed up with PUBG in creating the first-ever grease-proof controller for the Xbox One. This special device features a “special coating resistant to grease and oil,” making it perfect for PUBG fanatics to eat and play at once.

Xbox’s latest controller boasts PUBG’s trademark colors, grey and yellow, which are hand-sprayed with a urethane coating. Such design is reportedly  “impervious to minor scratches, water, and of course, roast chicken grease.”

The company claims that its latest greaseproof controller can resist and block any type of grease a player might inevitably spread while playing.

In the trailer, a shiny-looking Xbox controller can be seen showered with grease and oily-looking chicken drumsticks. Impressively, the device doesn’t seem to be affected by the oiliness at all. Fans believe that this controller can give a huge boost to the user whenever they are playing PUBG.

Where To Get Xbox PUBG Grease-Proof Controller?

The grease-proof Xbox controller is relatively hard to find, considering they only produced a few. According to GameSpot, the device is only limited to 200 copies worldwide. Each controller is also individually numbered, making it even more special.

It was also revealed that the grease-proof Xbox PUBG controller will not be available on any stores. For now, the only way to get the device is through raffles done at Xbox ANZ Facebook page.

Due to its limited availability, fans are requesting to increase the production of the grease-proof controller. Some even suggest making it a general version of Xbox’s controller.

So far, the company has yet to confirm whether or not they will give in to the fans’ demand. That being said, it’s best to stay tuned to Xbox and PUBG’s social media accounts and official websites for promos, giveaways and hopefully, sales. For those who don’t know, PUBG or Player Unknown’s Battlegrounds is one of the largest and most popular multiplayer games today. Players start from scratch at the early stage of the game. Then players will have to seek weapons and other equipment around a small island where other players are also looking for stuff to survive.

The game is a last man standing match, which means that each player will have to kill each other until there is only one player left. The last player will receive a huge gold price, as well as the game’s signature price — the “Winner Winner Chicken Dinner!”

It is also the reason why Xbox and PUBG teamed up to create a greaseproof controller so that players can literally enjoy a chicken while playing the game. Player Unknown’s Battlegrounds is available for Steam and Xbox Live for $29.99