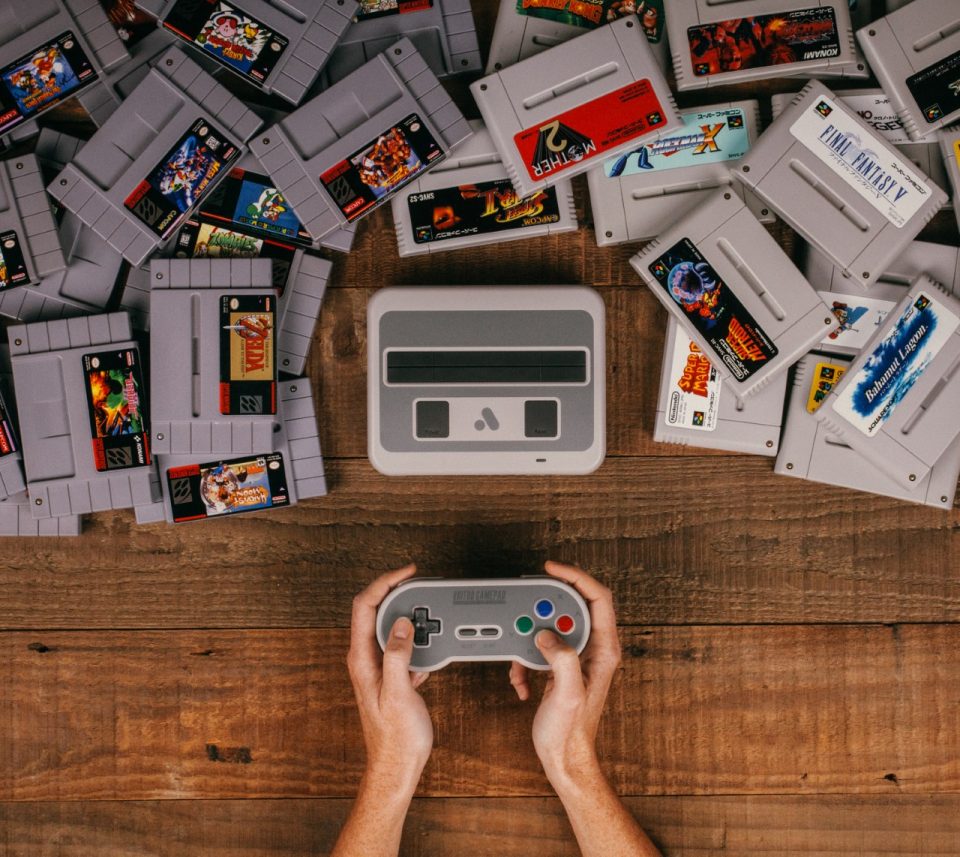 Sound, graphics quality, compact, and affordability, these are only a few of the many reasons why people tend to go for a retro game console.

These days, there are lots of gaming console options that are accessible on the market. For that reason choosing the best one can be a challenging task especially for those who are new to gaming consoles.

To help you with your acquisition we have created a list consisting of the best retro game consoles.

Over the past couple of years, it’s amazing how much the gaming industry has upgraded particularly in placing detail in a graphic, precision in controls, and even emotions in storytelling. But still, nothing will replace the memories we have experienced in playing a retro classic game console during our childhood.

Whether you’re playing Super Mario, Frogger, or Chu Chu Rocket, the various retro consoles along with their libraries conceded a thrilling of their own.

Nevertheless, in this content, we have rounded up the ten must-have retro consoles. All the consoles are currently accessible on the market.

If you are a big fan of Sega, then this one of the best retro consoles is perfect for you. Sega Genesis is a retro game console with built-in games. In fact, it comes with 80 games including:

However, with this console expanding your collection is possible but make sure you have an SD card. On the other hand, the controllers that you will get in Sega Genesis are the later-era Genesis pads that have six buttons. Meaning to say, the controller will allow you to play more difficult games.

Another good thing about this console is that you can place old Genesis carts in it and you can play the games on them. Therefore, it will play any classic Sega games which you can obtain on your hands.

When it was broadcast for the very first time the NES classic edition looked like an ideal item for Nintendo fanatics.

This Nintendo retro console looks very attractive while its hardware is presented in a sleek style. Unlike the Sega Genesis, this product only features 30 games making it ideal for people who only want to play Metroid and Punch-Out.

The NES Classic Edition sports a front-end that is well-designed and an essential button instead of a controller.

On the other hand, this Nintendo retro console comes with a modern function to aid you to get over its older game with ease.

In addition to that this console actually feels good on the hand and its save-state feature is a very helpful addition particularly for games that do not let the gamers save their progress as easily.

For people who adore the Japanese culture, this Classic Mini Family Computer from Nintendo is a delightful as well as a rare gem. It shares a level of build quality with its NES counterpart but comes with a couple of cult favorites that the US model missed. Filling a couple of obvious holes are River City Ransom and Mario Open Golf, but there are also some lesser-known or Japanese exclusive titles that still hold up well, stuff like platformer Atlantis no Nazo or Tecmo’s puzzler Solomon’s Key. And while the original Final Fantasy is an important piece of history, Final Fantasy III (included on the Famicom) is a better game to actually play in practically every regard.

This console looks very stylish in deep maroon and bright wide. Apart from that, it also sports a more modern and sleeker look.

Even so, this product features a space along sides where you can slot in the controllers when you are not utilizing them. As a matter of fact, it doesn’t only look convenient but sharp as well.

And while the games and interface of this one of the best classic game consoles are in Japanese, fluency is definitely not needed for the majority of games included. Also, the console’s interface is very easy to navigate.

Like the NES Classic, Nintendo has faithfully recreated the look of the Super NES system in miniature, to a fault in places. Clocking in at 4.5 inches wide, 1.5 inches tall, and just a bit over 5 inches long, the appreciably light system is mostly sturdy and well made. The gray plastic — not tinged by decades of age — feels much like the original SNES to the touch.

Nintendo has opted for quality over quantity with the SNES Classic’s library, which bundles just 21 games compared to the NES Classic’s 30. Most are amazing to play even late days: a dozen genre- or franchise-defining headliners, including a handful of lengthy and still engaging RPGs represent hundreds of hours worth of some of the finest games of the 16-bit era.

Retro-Bit stumbled off the blocks a bit with 2016’s Generations, a much maligned attempt to create a foothold in the retro emulation market. Their follow-up seems to have taken the criticism aimed at Generations fully onboard, however, with marked improvements in the quality of emulation and a much improved library.

The console itself is a combination of slick and bright and boxy and functional. A vivid white shell slashed with bright red that’s shaped like a brick and lacks contours or much other visual flair.

The feature set is a similar mesh of design philosophies; 720p video output as well RCA for connecting to older CRTs, two sturdy, no frills controller with nice ten foot cables, and other solid features matched with a deep, flashy library of 90 games that represent a huge, eclectic swath of 8 and 16 bit classic, including some games that have never been available domestically. Alongside classics like Mega Man and Ghosts N’ Goblins are some lesser known but excellent coin-op titles like Side Arms and Wizard Fire.

Moreover, the Retro-cade is a great addition to any retro collection and a convincing argument for Retro-bit staking out a permanent position in the retro console market.

In this gaming console, you can play all your favorite retro games. It is actually capable of playing thousands of games.

The Retron 3 also accepts cartridges for the SNES, Genesis, NES.

The wireless controllers of this product have been updating to 2.4 GHz for a much stronger connection, further range, and lower latency.

This is the ultimate HD remake. It is a new, revolutionary way in experiencing classic games in high definition. Furthermore, it is the first of its kind, having an all-digital HD output. The RetroN 5 plays Mega Drive, Sega Genesis, Super Nintendo Entertainment System, Nintendo Entertainment System, Super Famicom, Game Boy Advance, Game Boy Advance, Game Boy Color, and Game Boy cartridges with improved interpolated sound, enhanced resolution, screenshot capture, as well as the ability to have on the fly save states.

The RetroN 5 is the retro gaming console, which brings you back to a particular world where recharging the health is actually cheating. You may have as many guns as you want. Moreover, the achievements are not just some kind of numbers on the screen

There are also pre-built cheats, which can be accessed at any point of the gameplay for most of the games.

The RetroN 5 is compatible with both the NTSC and PAL cartridges.

Are you a big fan of Commodore 64? If so, then the C64 Mini is for you. This console is loaded with retro fun which will take you back to the period of hair metal and stained-washed jeans. While it’s also a console that comes with some caveats, like a joystick that’s extremely stiff and limited and a couple of high profile titles missing from its otherwise generous catalog (you won’t find Wasteland, Skate or Die, or Elite here), it’s delightful little shell is packed with retro fun that will transport you back to the era of stained-washed jeans and hair metal.

Moreover, the C64 Mini comes with lots of games that are very fun to play. The games are actually suitable for those who want to experience the futuristic and deadly Alleykat racing league.

How to Choose the Best Retro Game Console

Choosing the best retro gaming console greatly depends on your own personal preferences. But the good thing is that there is a lot of classic game consoles where you can choose from. For instance, the NES Classic Edition will let you play various 1980 games. However, when you’re buying a second-hand console ensuring that it is in good condition is very important. And make sure to obtain what you are paying for.

Most importantly, when buying a retro gaming console consider the product’s durability and quality.

Hopefully, this retro gaming console review has helped you a lot in choosing the best console that suits your needs. No worries, all the above-mentioned products are top-notch when it comes to performance, quality, and durability. And the majority of them are very affordable. Nevertheless, these consoles will surely take your retro gaming experience to a higher level.